You won’t regret taking a few minutes out of your busy schedule and learning how to make Lion King pancakes!

Let me begin by saying there are numerous reasons why you should make Lion King Pancakes! First, Lion King pancakes are ridiculously easy to make and simply adorable. Second, if you make them any child will think you are amazing. Third, Lion King Pancakes can be named after characters in the movie, e.g., Mufasa, Simba, or Scar. Fourth, this breakfast is a fun way to start the day! Fifth, lions represent wisdom and vitality. Finally, this breakfast will put a smile on anyone’s face.

To help support our blogging activities, our site contains affiliate links. If you make a purchase from a link on our site, we may receive a small percentage of that sale, at no extra cost to you. Blessed Beyond Crazy is a participant in the Amazon Services LLC Associates Program. This affiliate advertising program is designed to provide a means for sites to earn advertising fees by advertising and linking to amazon.com 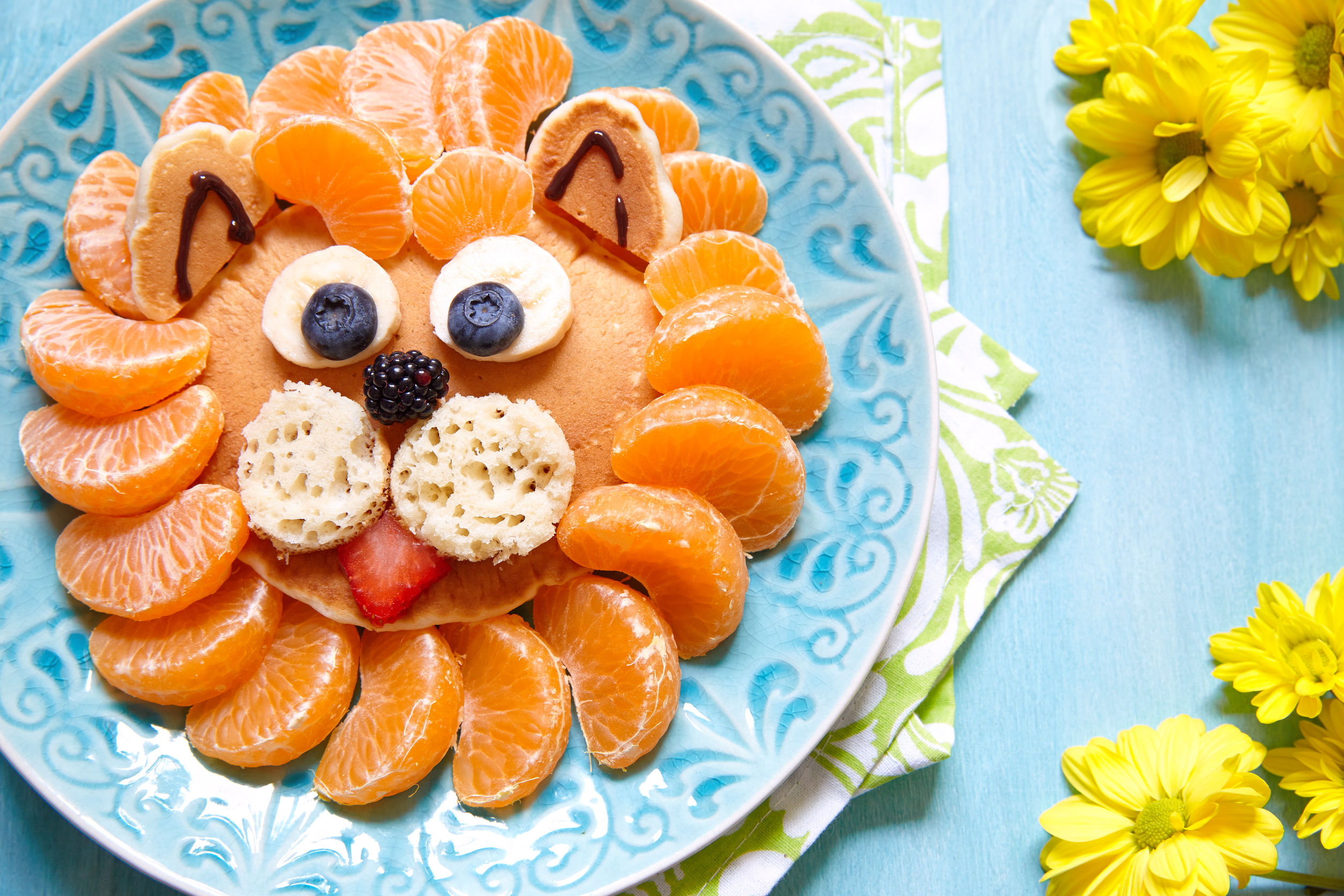 It seems that lions always seem to be a crowd-pleaser at any circus or zoo, however, they are even more popular right now because of Disney’s movie series.

Now, before we begin, let’s look at a few interesting facts regarding these majestic creatures. 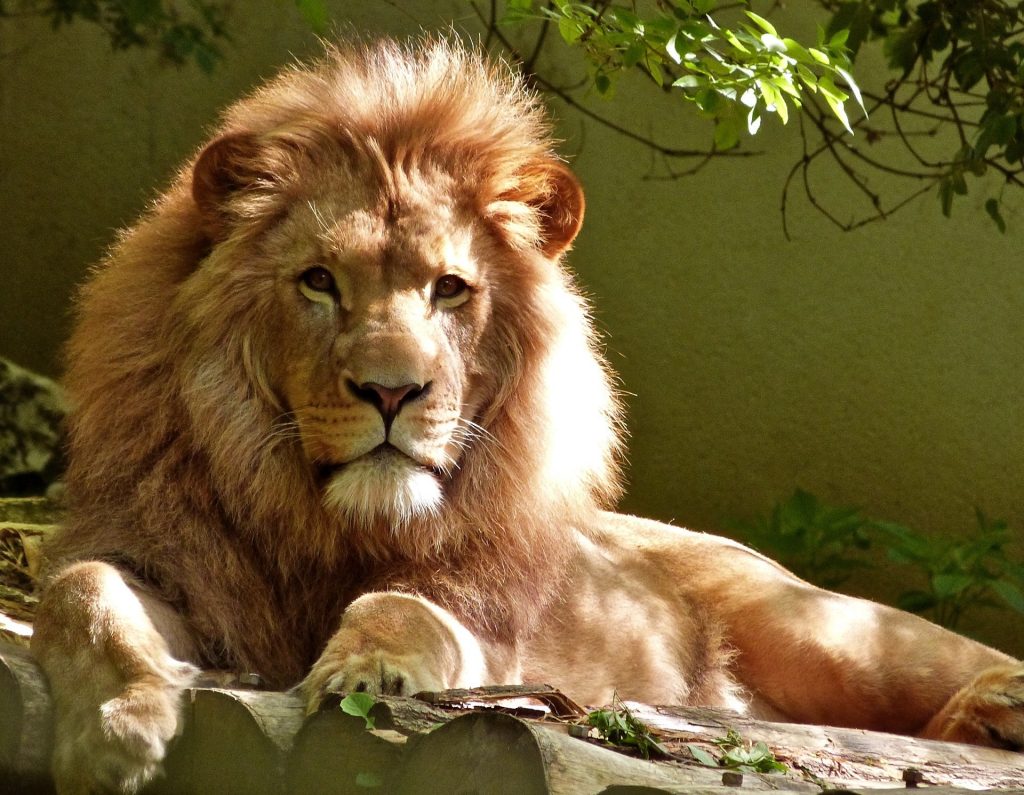 Through the centuries, male lions have been associated with power, courage, leadership, wisdom, and military strength and strategy. This is probably why the male lion is one of the world’s most recognized animals to this day. 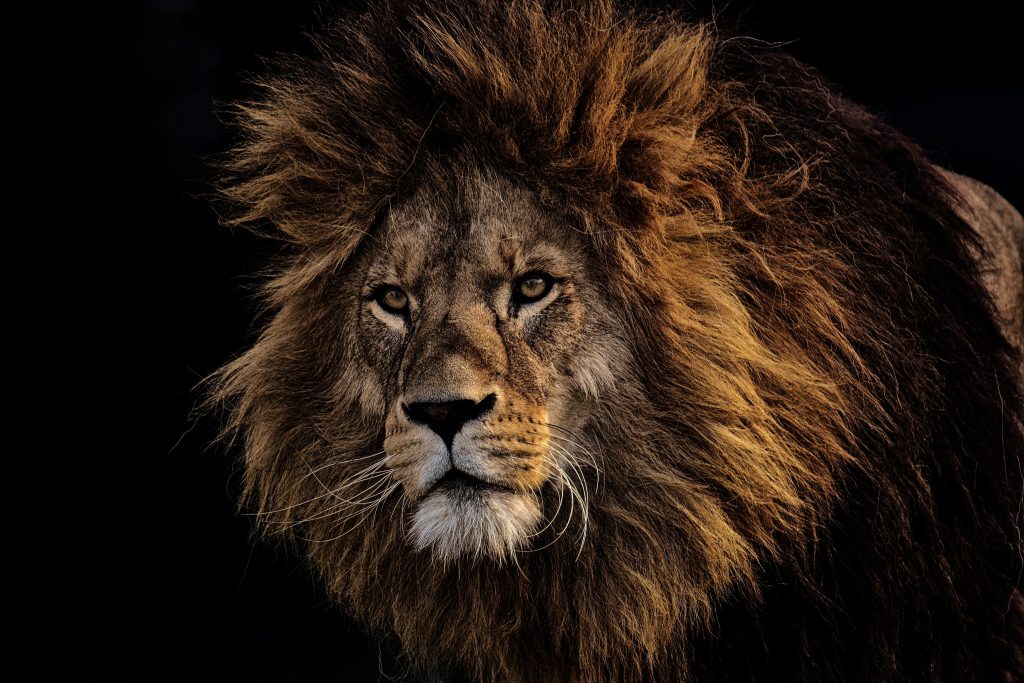 Because he is a powerful force to be reckoned with, the lion has regularly been depicted in paintings, on national flags, as well as on family crest. The shape of a lion can also be found as an insignia on rings and other lion jewelry. Many times your find lions are etched onto glasses or dishware. You’ll also find a lion sculpture carved into the walls of palaces, temples, tombs, and various public buildings. Gates are often adorned with figures of lions and lion sentinel statues stand guard protecting entryways. 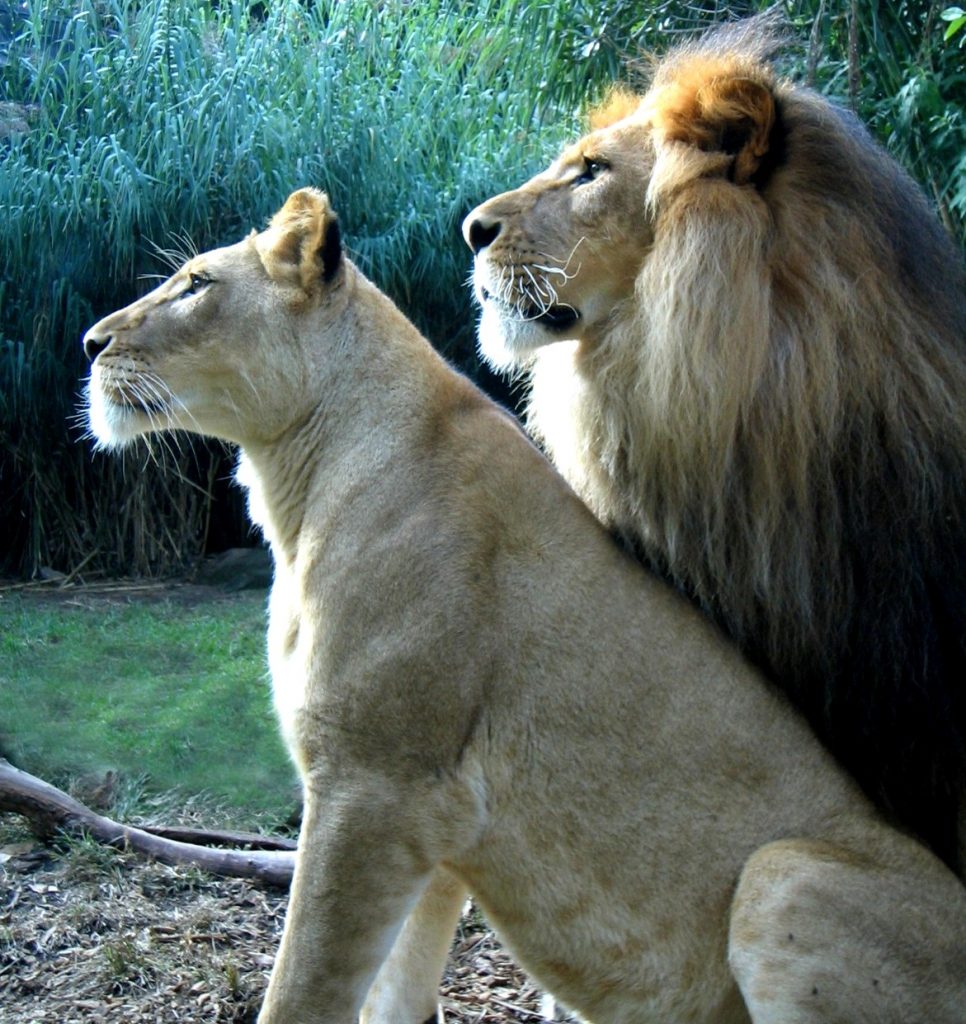 Male lions are larger than females, with their massive mane being their most recognizable feature. The color of their mane varies and tends to darken as they age. The darker and fuller the mane, the healthier the animal.

A lioness is smaller in stature, yet strong and mighty in her own way. Because she is a bulwark and excellent hunter, lionesses are also known to be powerful cultural figures, protecting leaders and rules through the centuries. 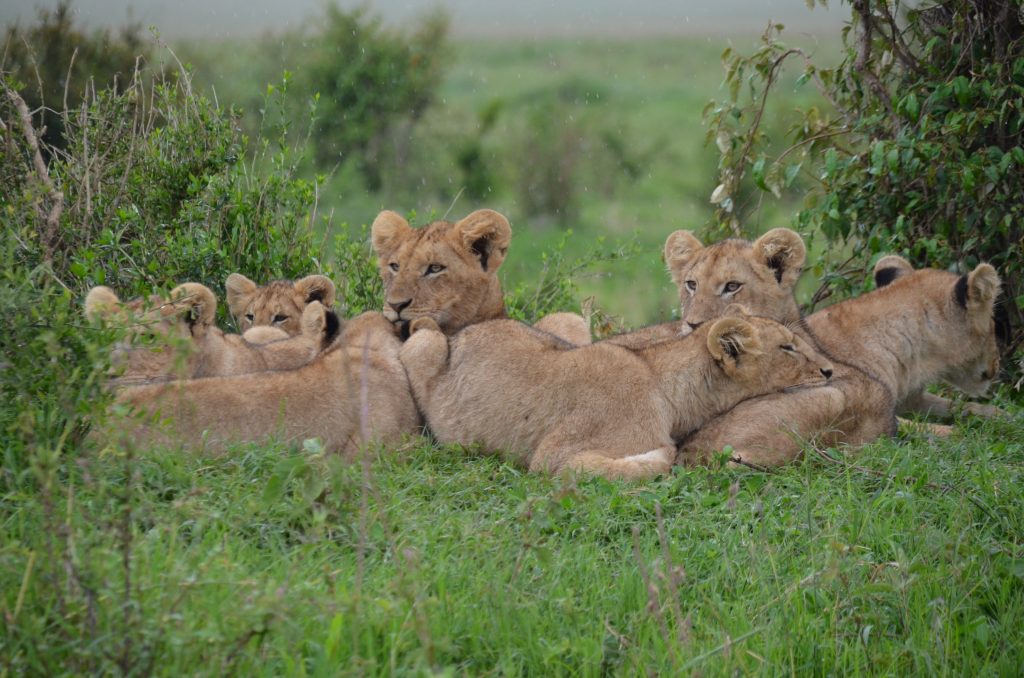 Lions form social groups called prides. A pride usually consists of several adult male lions, related females, and cubs. In these communities, the lions hunt, raise cubs and defend their territory. The main roles of an adult male lion are to procreate and to defend his pride’s territory. The female’s roles are to help protect the pride and do the majority of the hunting and rearing of the cubs.

Normally a pride consists of around 15 lions, however, at times they have been known to have up to 40 animals. Over time, the dominant male lion of the pride is challenged and eventually overpowered by another male lion. When this happens, the evicted lion goes go off on its own, or challenges another male lion within a different pride. This is why a lion king rarely stays in a pride longer than two or three years. 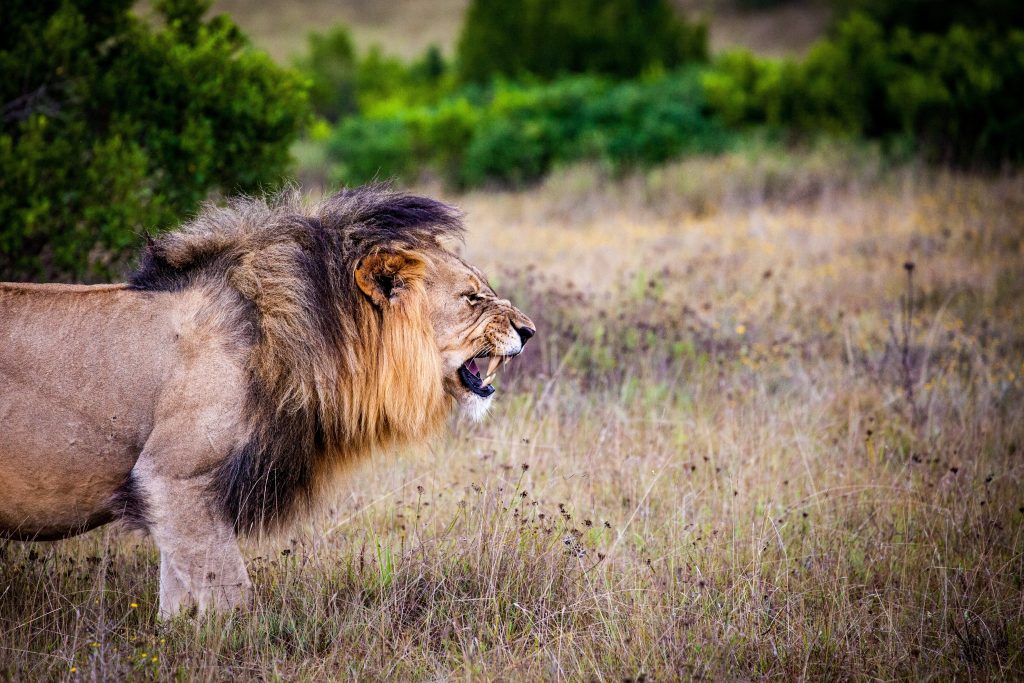 Interesting Facts About a Lion’s Mane 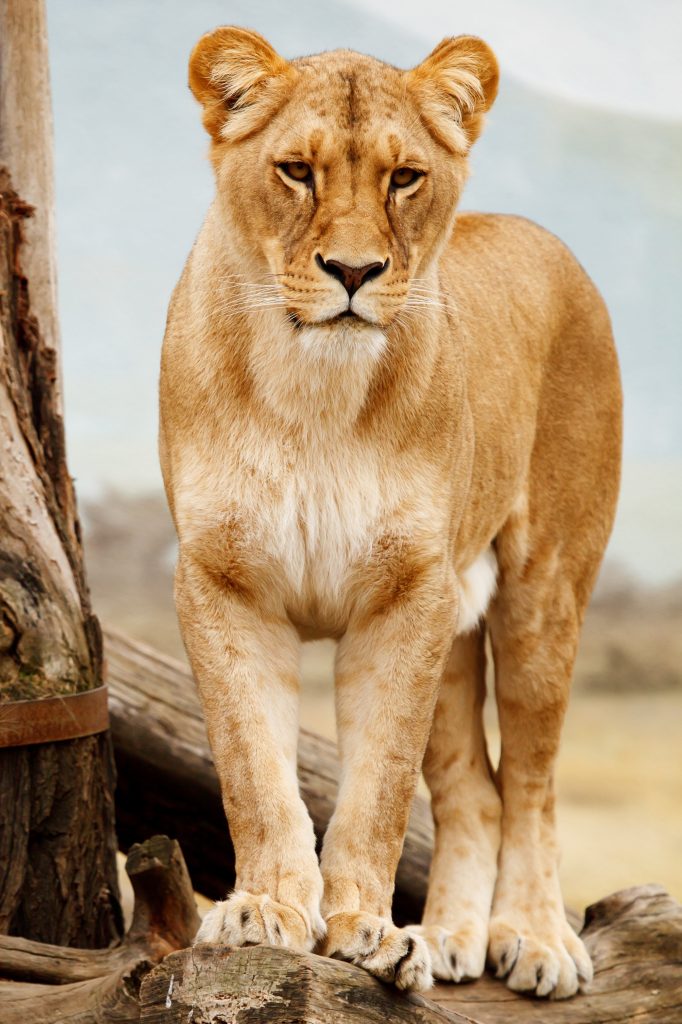 A lioness also has a significant and compelling role in nature. Nearly all of the female lions in a pride are related and stay within the pride their entire life. The lionesses usually group together and do most of the hunting and rearing of the cubs.

When it’s time to give birth, a lioness goes off by herself and delivers her cubs (usually one to four cubs) in a dense cover. She hides them for up to two months before introducing them to the pride.

The female lions within a pride often give birth around the same time. Interestingly, none of the lactating lionesses seem to have a problem nursing other lionesses’ cubs and show no favoritism toward their own offspring. By helping to raise her sisters’ offspring, the lionesses seemingly enhance their own gene pool. 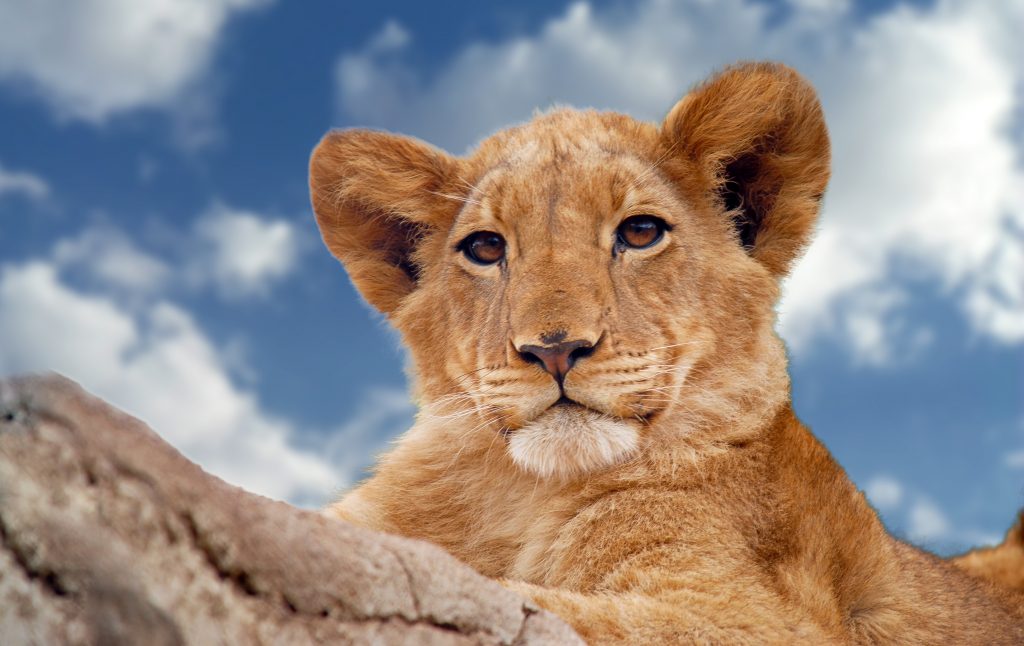 Lion cubs wean within ten months and eat meat by three months of age. By two years of age, their hunting skills are fully developed.

Male cub’s manes start to grow somewhere between the age of one and two years. This change signals the onset of sexual maturity which eventually leads to eviction from the pride by the adult male lions.

A lion cub is fully grown and ready to obtain a pride of its own by four years of age. In order to do so, they’ll have to drive out lions that are already part of a pride that they wish to take over. Winning means new leadership of the pride and an immediate focus on reproduction.

Pancakes are a favored breakfast in my home, however, Lion King Pancakes certainly top them all!

Anyone who loves the movie will quickly fall in love with this adorable and fun breakfast! Easy to make gluten-free too!

NOTE: Although lining the ears with chocolate syrup works, it is a tad bit runny. Another option is to melt chocolate chips and pipe the warm chocolate around the edges of the ears. 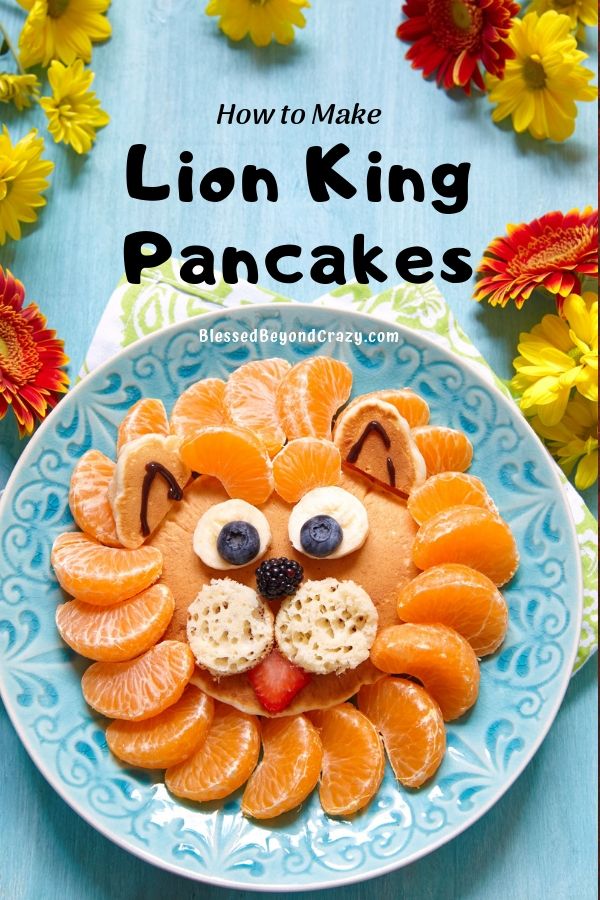 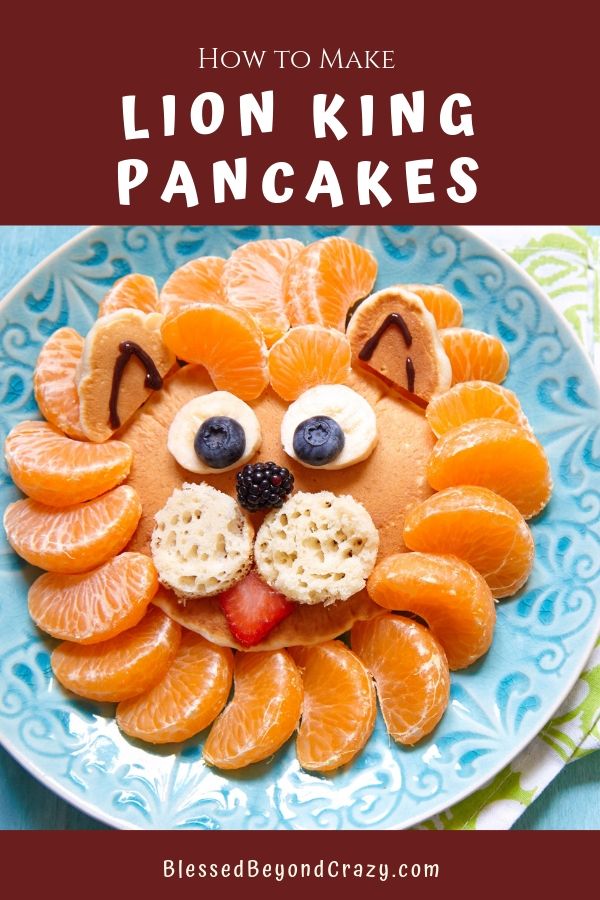 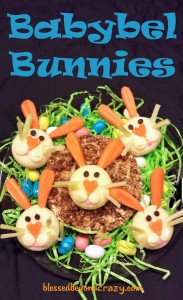 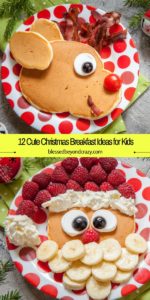 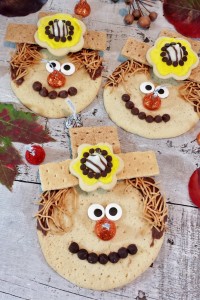