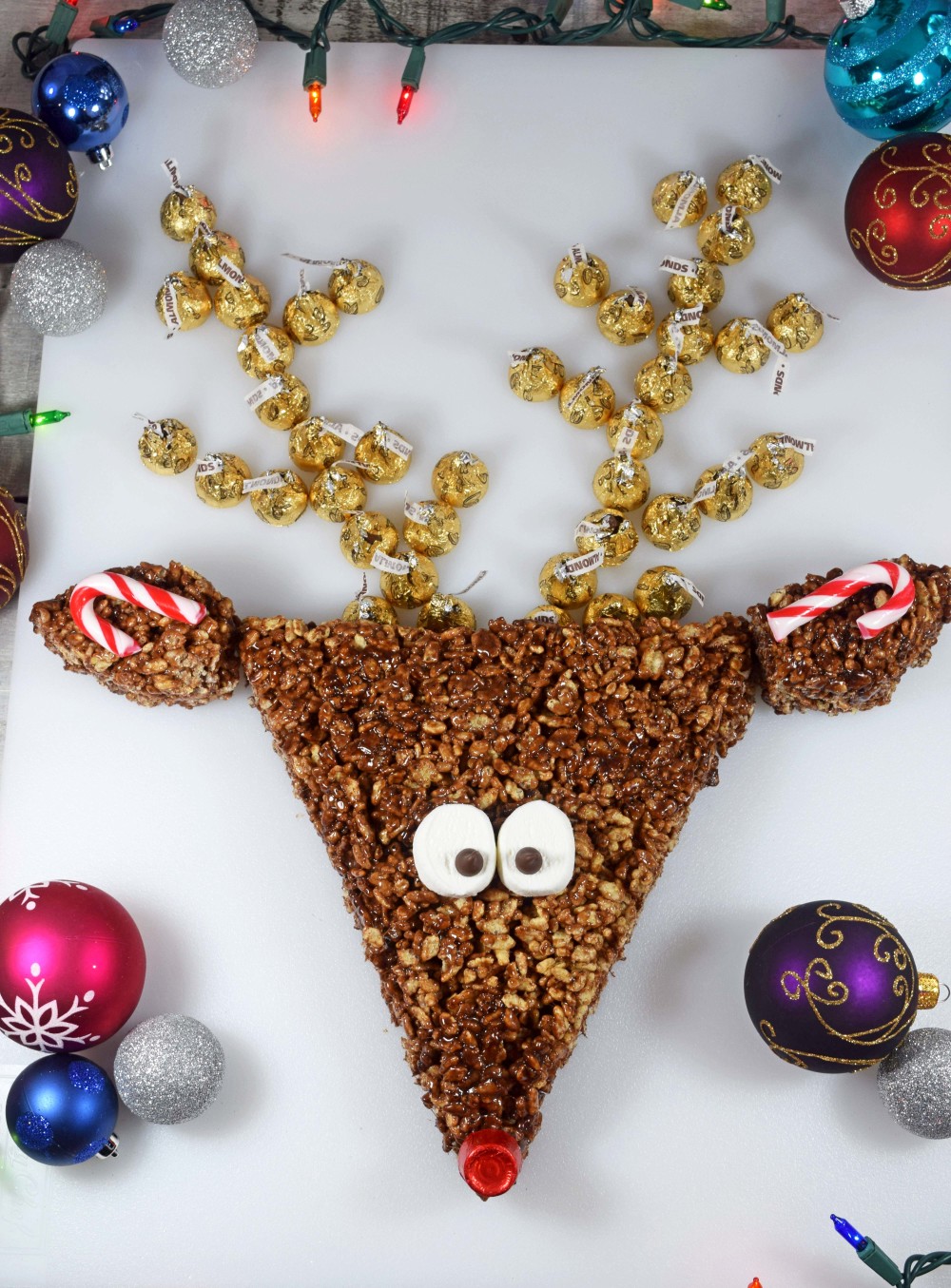 In traditional folklore, Santa Claus’s sleigh is led by eight reindeer: Dasher, Dancer, Prancer, Vixen, Comet, Cupid, Donner, Blitzen, and of course, Rudolph. According to the story, each reindeer has it’s own personality and strengths and weaknesses, however, Rudolph’s glowing red nose made him a social outcast among the other reindeer. One year, Santa Claus’ worldwide flight was hindered by severe fog, but when delivering Rudolph’s presents to him, Santa observed that Rudolph’s glowing red nose lit up a darkened room. Santa decided to ask Rudolph if he would be willing to let his nose be a makeshift lamp to guide his sleigh. Rudolph accepted Santa’s invitation to lead the sleigh for the rest of the night, and he returned home a hero for having helped Santa Claus save Christmas.

Since reindeer seem to play such a huge role every Christmas, why not place them front and center stage; right in the middle of the table as a fun centerpiece!!! This is a quick and easy dessert that is adorable and large enough to double as a centerpiece (easily covers a 15 x 20 cutting board when fully assembled). I present: HERSHEY’S No-Bake Christmas Reindeer Centerpiece. 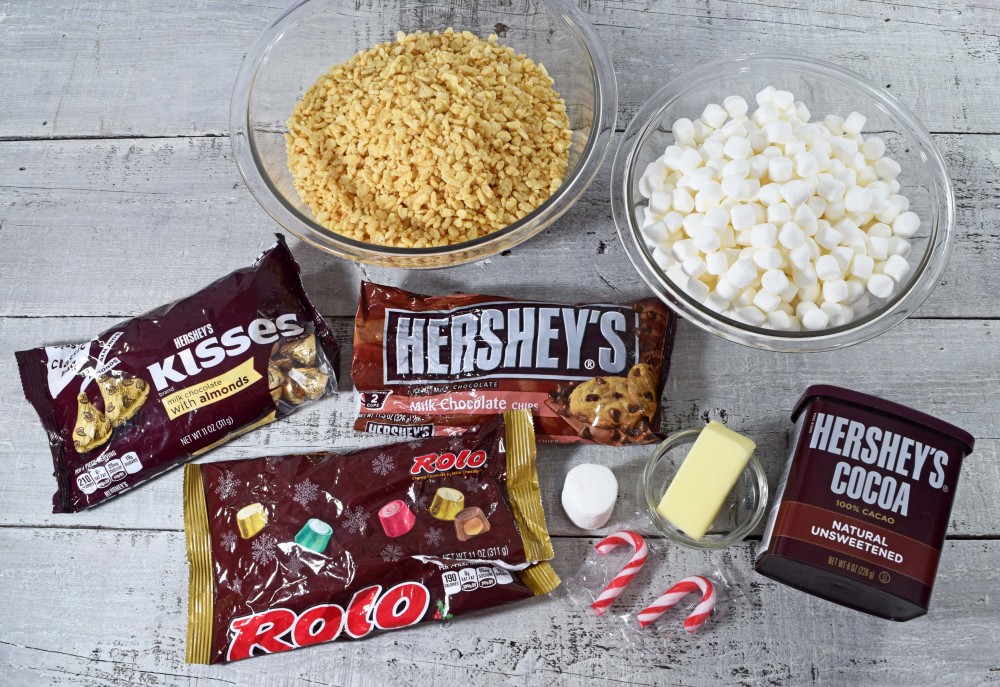 Supplies you will need: 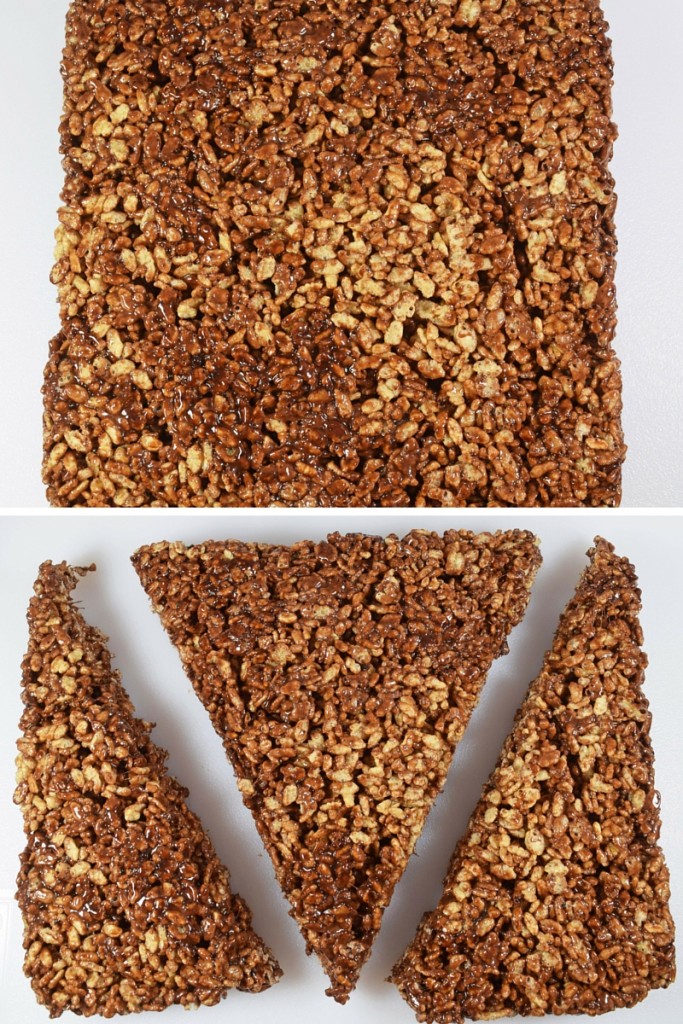 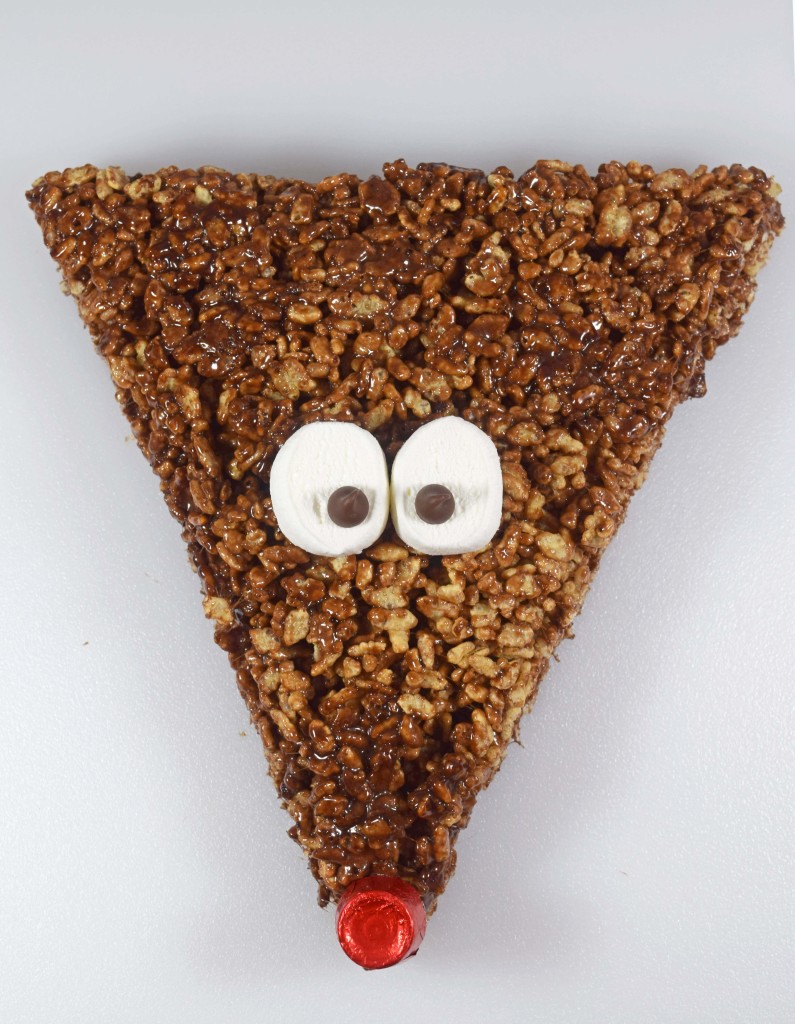 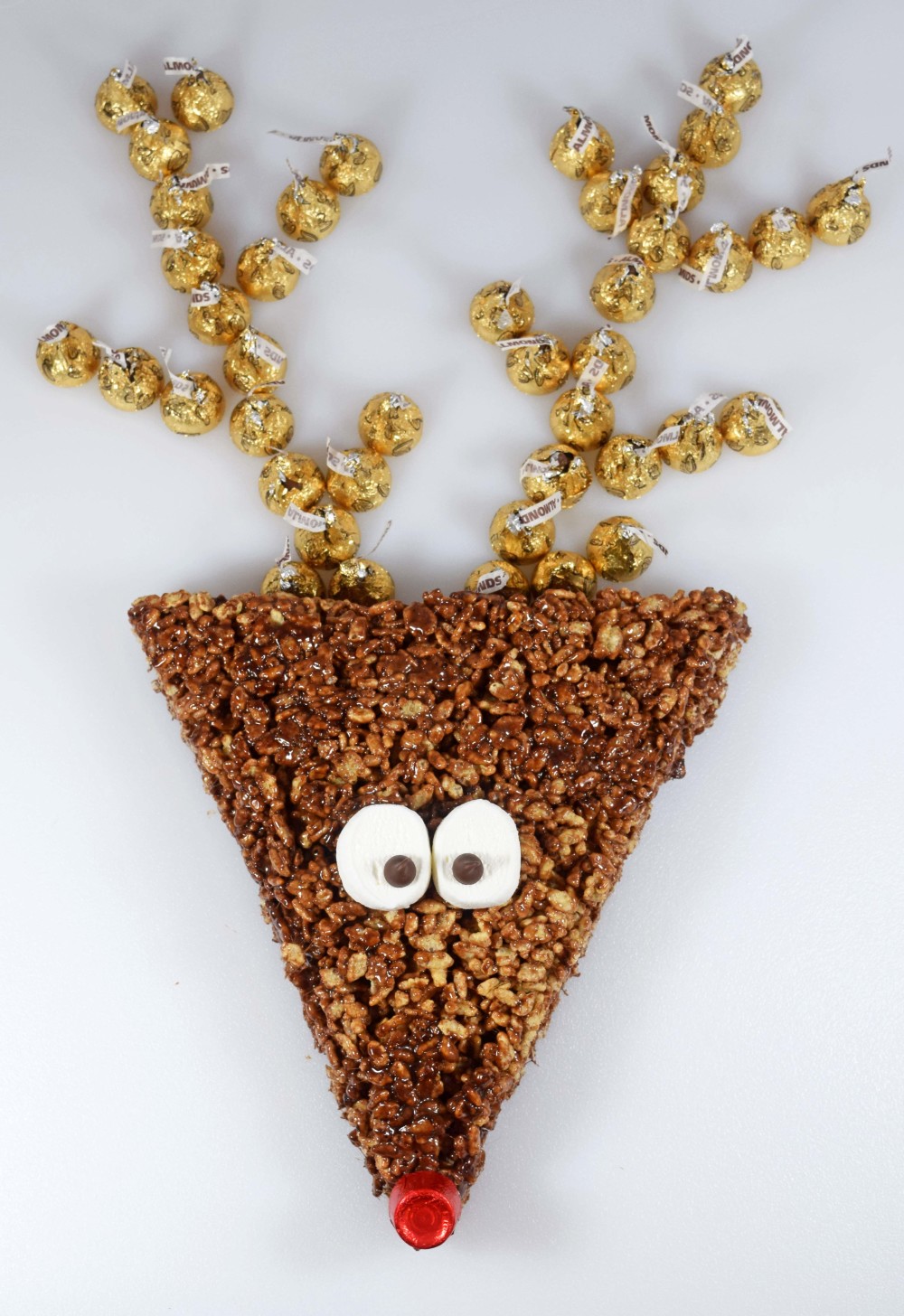 Next, to make reindeer antlers place two rows of unwrapped HERSHEY’S Kisses with Almonds on top of the head. To form the brow tines, add a few extra Kisses off the side of each antler. 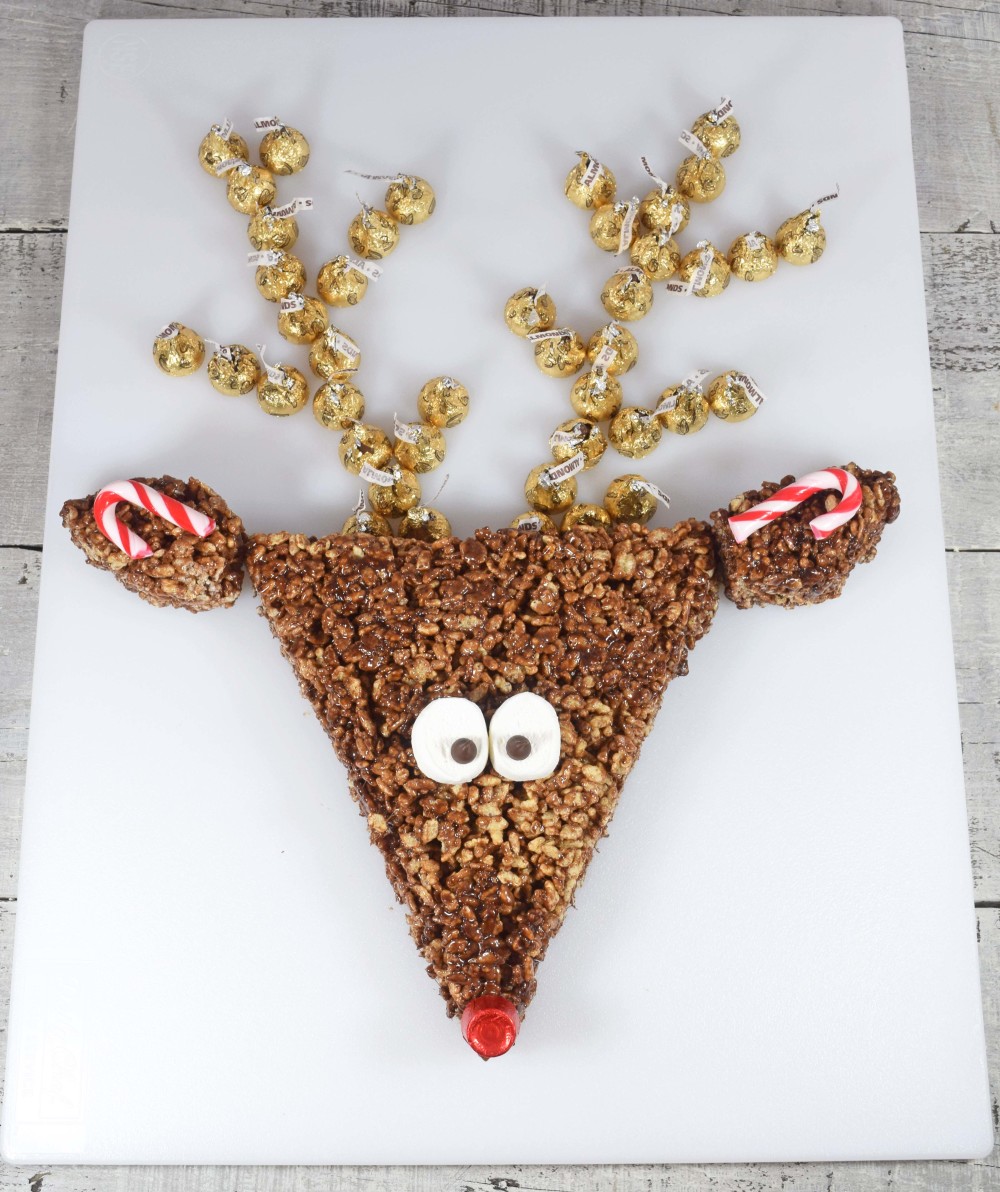 To make the ears, take the two remaining rice krispie treat segments and cut and shape them into smaller segments, forming ears. Place one ear on each corner of the head. Place one miniature candy cane on top of each ear. 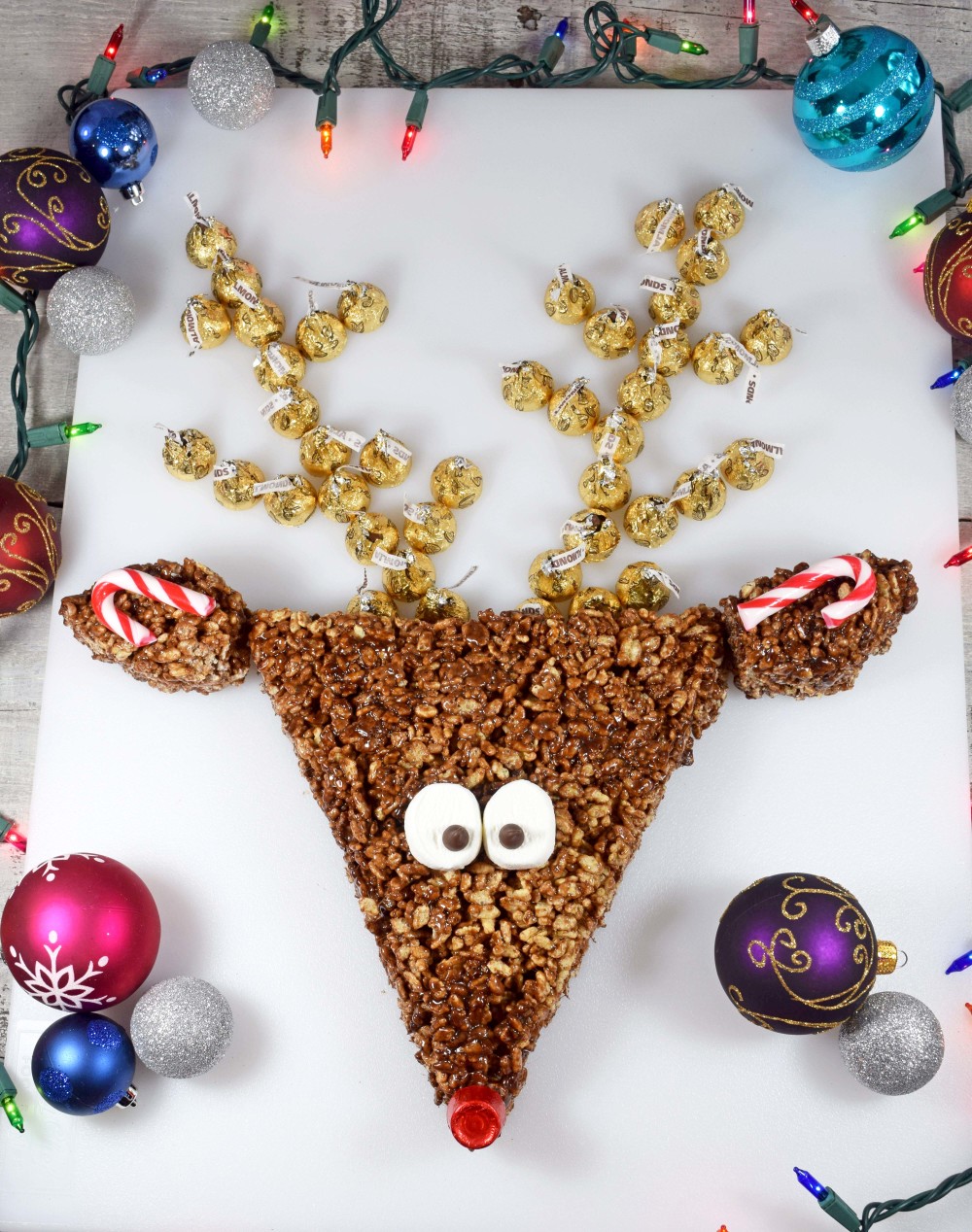 All opinions are strictly my own.